Roderick Foreman, for the past thirty years, has been a social activist in inner-city Los Angeles.

He has worked on the campaign staffs of such honored community politicians as: Diane Watson, Marguerite Archie, Dave Cunningham, Maxine Water, Yvonne Braithwaite-Burke, and Eddie Vincent.

Mr. Foreman has also worked with, and shared the philosophical views of both the Crenshaw Youth Consortium and the Brotherhood Crusade. He also played a critical role alongside Inglewood Mayor Dorn and the late Pastor E.V. Hill in the opening of the Edgewood Group Home in Inglewood.

Most recently, Mr. Foreman volunteered on the campaign of Assemblyman Herb Wesson Jr. Mr. Foreman has built a strong reputation as a community  leader who follows through on his vision to create a better society.

Mr. Foreman holds a Bachelors of Arts degree in Pre-Law from Chadron State University, where he was also inducted into the College Hall of Fame as an outstanding football athlete. 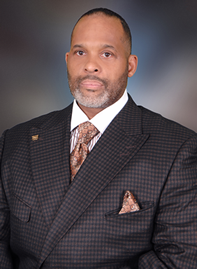